There are many things about trees other than tree service ann arbor mi. Tree tapping is one of them. This weekend weekend we produced 2 and a half quarts of maple syrup. The temp has gone down some and the trees stopped running so we tapped a couple of extra trees and boiled down the sap we collected earlier in the week. With the assistance of Rich’s Tree Services, you cut these trees and replant them for their better growth. To know more about the services available, you can check the website here.

This was my first night in the guest cabin. As this is a three season place it was a bit chilly but tolerable. I slept on my grandfathers old US Army cot. It’s been a while since I had that out. 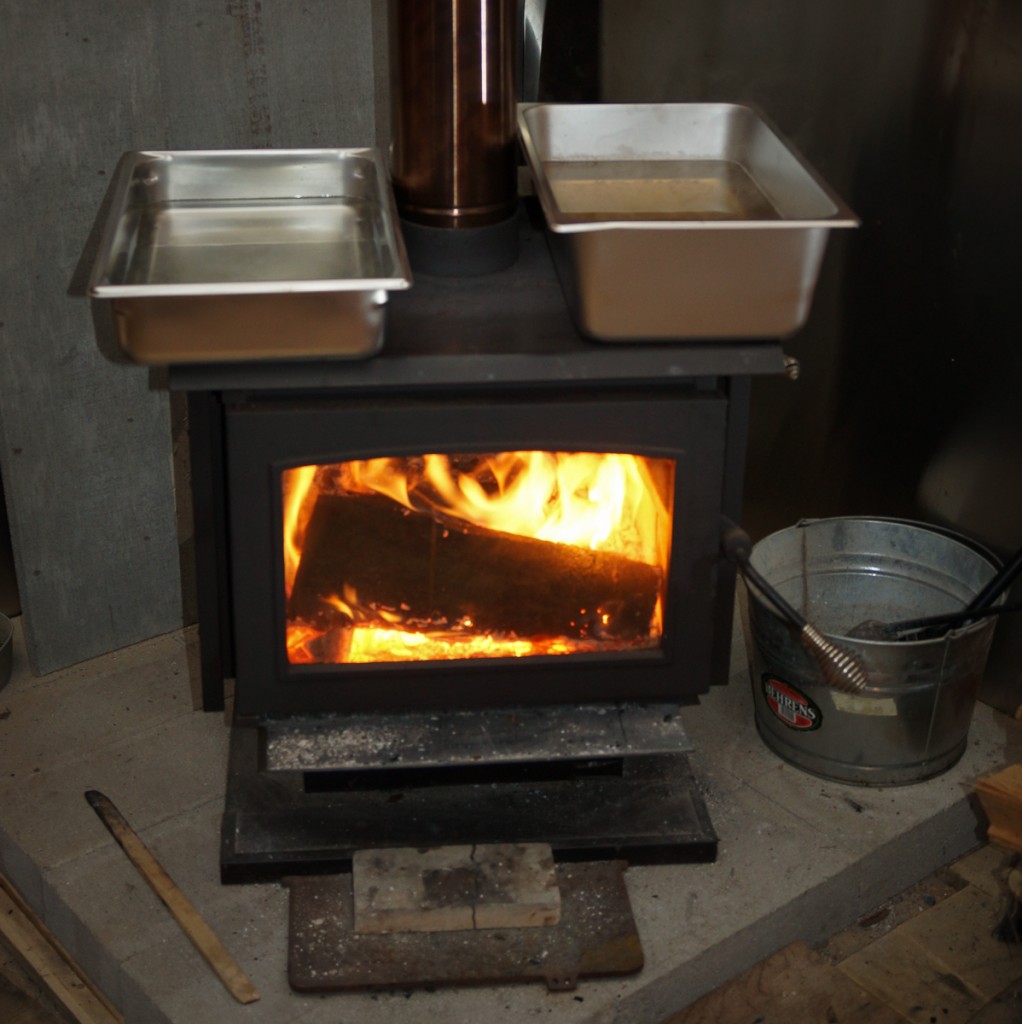 Because of the weather we decided to run both stoves. I picked up 4 stainless steel steam trays to boil in this week. So to make this endeavor cover our costs we probably need to hit 4 gallons. We will see how this works out in the end.

I started out in the guest cabin with two pans boiling. I set my alarm to wake me up every two hours so I could check the fire and sap levels. Around 3 am I consolidated down to one pan. I could have probably gone another two hours but did not want to risk scorching the syrup.

The next day I transferred the remainder of the syrup to one final pan and ended up with about 2 and a half quarts. So that brings us to almost a gallon so far.

I also picked up a gift of the oven on the left in the above picture. I will clean it up once the weather is nice and try it out. It was made by H Wheeling I think. So far I have not been able to find much information out about it. If you know anything about them I would love to hear from you.

Anyone who watches any of my old videos where I get in front of the camera (not common I know) might notice I have lost a bit of weight. Because of that I needed new work jeans so I picked up a pair from Baileys. I’ll let you know latter how they hold up.